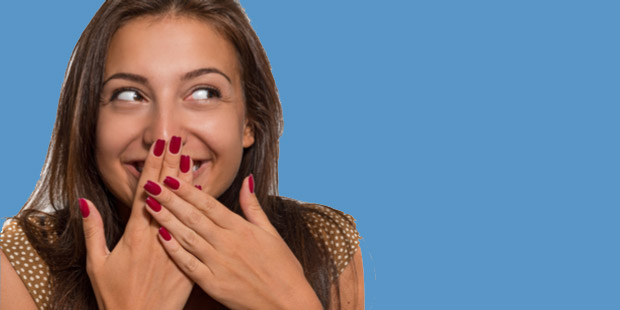 While most men who suffer from premature ejaculation are eager to overcome it, the internet now tells us there are women out there who are actually turned on by it!

Premature ejaculation (PE) can be defined as what happens when a man achieves an orgasm long before he is “ready” to, typically within one minute after starting penetration. This is an issue that a lot of men of all ages face, but few of them want to talk about. Premature ejaculation may have a variety of different causes, including “a learning behavioral problem, low levels of serotonin and psychological or genetic factors.”

However, regardless of the cause, it turns out that premature ejaculation isn’t universally considered problematic. In fact, there are women out there who love men who have PE and think it’s hot, to the point of referring to PE as a “fetish” for them. Quite a few of these women have shared their thoughts and experiences on Reddit.

Is an attraction to men with PE considered a fetish?

According to Dr. Sarah Williams, a psychologist and a consultant for the Between Us Clinic – which provides an online home exercise program for treating premature ejaculation – PE attraction is not really a fetish: “Sexual fetishism, by definition, is an obsessive fixation on and eroticization of nonliving objects, such as underwear or shoes, or non-sexual body parts, such as feet or hair. It is a condition that can cause problems in the person’s ability to function normally, due to losing their ability to become sexually aroused in the absence of the fetish object. Given this definition, being attracted to men who prematurely ejaculate is not considered a true fetish.”

What motivates some women to feel aroused by men with PE?

When these women who “fetishize” premature ejaculation discuss their fondness for the issue, one theme seems to be recurring: flattery, or a boost in confidence. It would seem some of these women associate the fast orgasm with their partner’s intense attraction for them, or that they feel the premature ejaculation speaks to their being irresistible to the point that men can’t control themselves.

However, a couple of respondents pointed out that the PE may have more to do with him than with her.

When asked what it is about PE that makes it such a huge turn-on for some women, Dr. Williams indicated that there could be a few reasons. “It…may be related to increased feelings of attractiveness or self-confidence that their partner could not restrain and climaxed quickly.” This is something that several of the PE fans of the internet seem to agree with—after all, who doesn’t like feeling irresistible?

How do men with PE usually feel about it?

This woman says she is “very into it,” and goes on to say that her boyfriend’s premature ejaculation is a (very pleasant, apparently!) reminder of their first time having sex, when he came really fast: “He was so embarrassed but I fucking loved it.”

She obviously was able to cope with her partner’s embarrassment but, during our interview, Dr. Williams noted that for many of these men, having PE causes a variety of negative feelings: “Premature ejaculation can be a very shameful experience for men. Along with problems of reaching orgasm too quickly, it is common to experience feelings of embarrassment, anxiety, emasculation, low self-worth, and even wanting to avoid sexual encounters all together.” Unfortunate, especially since in some cases there are women out there who think PE is just plain hot:

Could it be that for every man with PE, there is a woman who likes that about him?

In this thread, yet another woman had gushed about her love for men with PE, and a few people responded with surprise. This person points out the diversity of human sexuality, stating that “there truly is someone for everyone.”

Dr. Williams pointed out the lack of research on this topic, stating that “There have been no studies on how common it is for a woman to be only attracted to men with premature ejaculation.” On the other side of the scales, several studies have found that between 20 and 30 percent of all men experience premature ejaculation, with one study showing that number to be as high as 39 percent.

With such a high prevalence of premature ejaculation, it seems unlikely that there is a woman with a preference for men with PE for every one of them, or even most of them.

Should men with PE specifically seek out women who are aroused by it?

Although some women really like men who ejaculate prematurely, there is a bit of bad news: even if a man with PE pairs up with a woman with a preference for early ejaculation, it’s no guarantee of a lasting bond. When we asked her, Dr. Williams pointed out that “It may be tempting to seek out a partner who prefers only men who prematurely ejaculate in order to relieve some of the feelings of anxiety around the condition. However, because you have not actually tackled the issue this relief is likely to only be temporary. Sooner or later those feelings of insecurity regarding your sexual performance may eventually come back and begin to cause problems in your relationship.”

There is still good news!

For men who would rather stop their premature ejaculation than find a way to make living with it more appealing, there is still plenty of hope. The Between Us Clinic’s Premature Ejaculation Program is a smart online system that includes exercises for self-treatment of premature ejaculation. Dr. Williams noted that “In many cases, behavioral techniques can be very effective.” These are included in the program.