Well, the truth is…sex is actually much shorter than most people think. but don’t pet yourself on the shoulder just yet because there‘s a catch – apparently there’s a big difference in how long it takes women and men to have orgasms.

In fact, Dr. Zvi Zuckerman, renowned sex therapist, asserts that he works with many men with premature ejaculation, who have a difficult time “lasting” past a minute or two.

Okay, so how long is the average sexual intercourse?

Several studies have been conducted on the “typical length of sex” and the results have been quite surprising.

According to a 2008 study, the average sexual “experience” lasts from three-to-7 minutes. However, for the most ambitious, sexual intercourse may last from seven-to-13 minutes, which many couples find the “most pleasing.”

In this 2007 study which surveyed 58 volunteers between 20 and 40 years old, the average ejaculation time during intercourse was 8.25 minutes.

So as you can see there is quite a big difference in the ejaculation time between different studies. But, how can you tell if you are “lasting” long enough?

Are you worried that you aren’t “lasting” long enough?

As mentioned above the studies are not conclusive. So, how can you tell if you are “lasting” long enough? Well, in the end it all comes down to how satisfied you and your partner are. In fact, a recent study found that the length of sex actually decreases with age. So, this begs the question, “Could long-term couples actually need less time to be sexually satisfied? The answer may be “Yes!” In fact, it is possible that there is no coincidence that men also exhibit signs of premature ejaculation (PE), as they age.

The “orgasm gap” is the thing that really matters

Now, that we know how long sex usually “lasts,” let’s talk about the thing that matters the most: The difference in time it takes men and women to reach an orgasm.

Men are wired to “release” quickly. In other words, it is natural for them to ejaculate faster than women, especially if they are stressed before or during coitus (sexual intercourse).

Women, however, are a different story, when it comes to orgasms. While most men orgasm in under 5 minutes, women normally take at least 20 minutes of “stimulation” to orgasm. 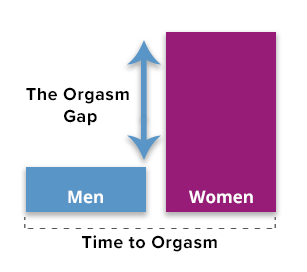 So, the thing that could impact your partner’s and yours sexual satisfaction is the difference in time it takes you and your partner to reach orgasms – the “orgasm gap”.

If you’d like to know more about lasting longer in bed, you are in luck because we offer a free course on this very topic, entitled, “The Last Longer in Bed Toolbox.”

Discover everything there is to know about lasting longer in bed and about premature ejaculation: 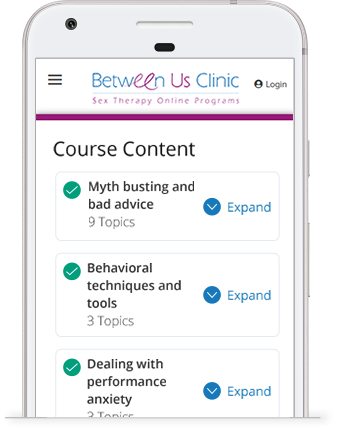 What if she orgasms during foreplay? Does it even matter how long I “last”?

The biggest myth in the history of the world is that most women orgasm solely from direct penal stimulation (penetration). In reality, only 23% of women experience orgasms based on penetration alone. More alarming, the true statistic may be even lower than what is listed above. Most women cite indirect clitoral stimulation as the catalyst for their orgasm(s) before and during sex.

Therefore, the truth is, if it doesn’t bother her and you are ok with it, don’t worry about it! (Hint: most women do orgasm during foreplay) But, for many women, even those, who orgasm regularly during foreplay, the length of actual intercourse plays a significant role in their sexual satisfaction.

Current research indicates that approximately 40% of women, whose partners suffer from PE, have or are experiencing sexual distress, due to “the penetration and ejaculation gap time.” And, approximately 23% of women report that they have experienced break-ups in the past due to ejaculation problems. The researchers also reported that the “male’s lack of attention and focus on performance” was a cause for sexual distress for 47.6% of the women.

What bothers women about short sex? 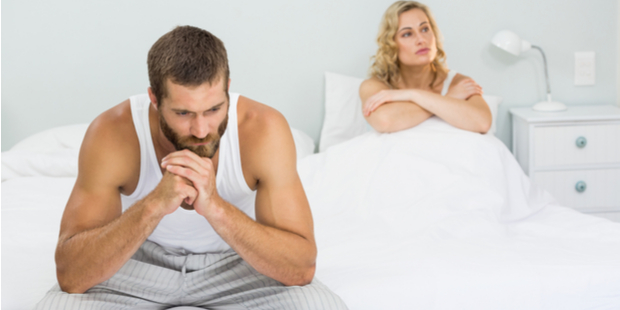 Short sexual intercourse itself isn’t the only thing that perplexes women; they are also really bothered by a lack of foreplay and robotic sex – on top of the short intercourse itself. According to a 2014 study on relationship satisfaction based on ejaculatory functions, found that women, whose partners spent more time focusing on their own sexual performances, rather than attending to their needs, experienced a higher level of sexual dissatisfaction with their partners, especially when their partners suffered from PE. The female participants reported that when their partners consistently focused on “performing,” instead of being present and engaged during sex, their relationships suffered, often leading to break-ups.

So, what are some ways you can “last” longer in bed?

Well, that depends on your situation. If you enjoy a rather standard sexual performance, there are things you can do to prolong that “loving feeling” a little while longer (like finding a sex position that you find less arousing, using a thicker condom, or just having sex more often).

There are many treatment options available to help you combat this condition. If you want to treat the underlying cause of your condition there are treatments that can help you fix PE, such as behavioral therapy exercises.

Remember, you don’t have to “deal” with PE on your own, there are really good treatments that can help you regain your sexual mojo.

Dr. R.Y. Langham is a certified psychologist and marriage therapist. She holds a PhD in family psychology from Capella University and an MMFT in marriage and family therapy from Trevecca Nazarene University.

Dr. Langham serves as a professional consultant for the Between Us Clinic, where she writes, edits, and reviews professional materials and articles on the topics of sex and relationships.