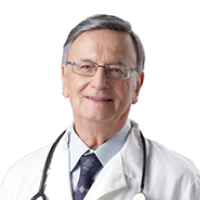 Dr. Zvi Zuckerman, creator of the PE Program, serves as a professional advisor to the Between Us online sex therapy clinic.

In 2010, Dr. Zuckerman received an honorary gold medal from the European Federation of Sexology for his major contributions to European sexual health, sexual medicine, sexology, and sex education and for his involvement in sexual politics and policy-making over at least a decade.

Dr. Zuckerman was formerly the director of the Andrology and Sex Counseling Unit at the Rabin Medical Center. He is the author of 48 original articles, three reviews, two case reports, 11 book chapters, and 172 papers, which have been presented at scientific meetings (some of them can be found on PubFacts). In his decades of work in sex therapy, Dr. Zuckerman has successfully treated thousands of men and women for a variety of sexual disorders, such as premature ejaculation, erectile dysfunction, and sexual performance anxiety.

Choose the best treatment for you, and all this could soon be behind you Premature ejaculation is an issue that troubles many men and women alike. Contrary to popular belief, it is the most common sexual dysfunction in men – even more than erectile dysfunction. According to the Men’s Health Forum, around one in three of all men are dealing with some form of premature ejaculation. And there’s good news – … END_OF_DOCUMENT_TOKEN_TO_BE_REPLACED

Can Cialis make you last longer before ejaculation? Cialis (Tadalafil) is a drug intended to treat erectile dysfunction. Still, it is often confused as an effective treatment for men with premature ejaculation. Can Cialis help you last longer in bed? Yes, but only if by lasting longer in bed, you mean being able to have an erection firm and long enough for intercourse. Typically Cialis is not … END_OF_DOCUMENT_TOKEN_TO_BE_REPLACED

You may think it would be difficult to say what counts as standard when it comes to sexual performance, yet studies have shown that the average healthy man lasts 5-6 minutes from the moment of penetration. This mostly aligns with what women are found to prefer. In Dr. Zuckerman’s considerable sex therapy experience, he has found that women prefer intercourse to last between 5 and … END_OF_DOCUMENT_TOKEN_TO_BE_REPLACED